Once again the Baumeister editorial team has succeeded in making a real scoop: MVRDV, which is responsible in person of co-founder Winy Maas for the next guest-curated Baumeister, is like no other office with regarding how it combines its experimental spirit and visionary thinking with a feel for large-scale construction. The breakthrough for this Rotterdam office came in 2000 with its Dutch Pavilion at the World Expo in Hanover. Other well-known buildings include the Mirador residential tower in Madrid and the Market Hall in Rotterdam, which has already been featured on Baumeister’s cover. MVRDV is currently focusing on the German market, and is planning to open an office in Berlin.

Although preparations for this guest-curated issue are already well underway, we don’t want to reveal too much about the editorial concept. There is one thing we can say in advance, however: Office manager Winy Maas is confident he has something to say that will cause a lot of discussion among readers. Release date: 26.06.2020. 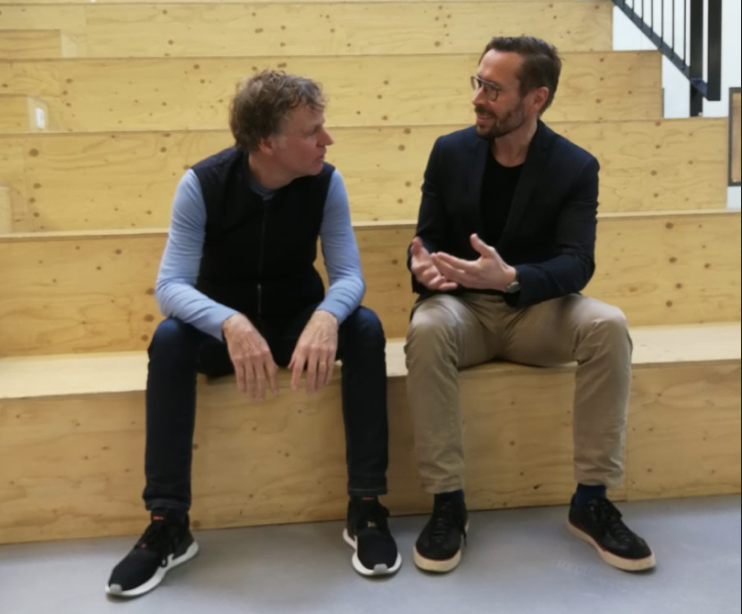 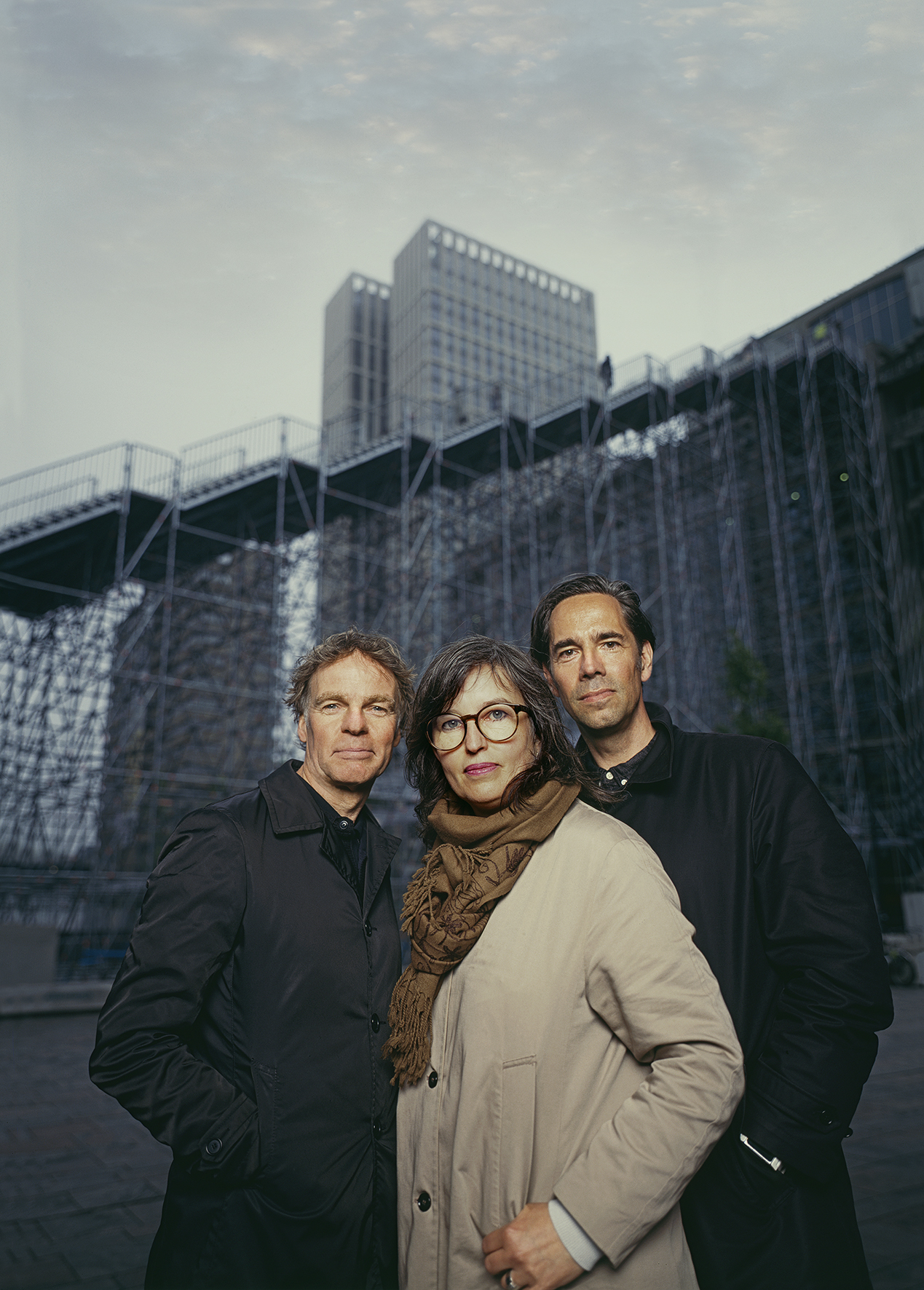 Headquartered in Rotterdam and with offices in Paris and Shanghai, MVRDV is currently one of the most successful architectural firms in the Netherlands. About 250 architects, designers and urban planners are working on buildings and urban projects of all types and sizes and all over the world.

The office has been established in 1993 by Winy Maas, Jacob van Rijs and Nathalie de Vries, three architects who studied together at the TU Delft and were awarded their first prize in 1991 with the contribution “Berlin Voids”, winning the “Europan 2” competition in Berlin. With innovative and experimental buildings, in which irony and risk-taking are intertwined, MVRDV became internationally known in a relatively short time.

The variety of their formal solutions makes it clear that MVRDV is less concerned with developing a specific architectural style. They are much more interested in design methods that can be used to research issues such as programme, context and typology that affect the respective project.

An entire Baumeister issue on Germany, curated by a Dutch architect – as curator, you have to be brave to embark on such an endeavour. Winy Maas and his firm MVRDV are arguably among those architecture firms for whom a certain bravery is part of their philosophy. In this interview, Winy Maas tells Alexander Gutzmer what made him do this Baumeister issue the way he did – and why Hans Kollhoff once shocked him to the bone.

Alexander Gutzmer: Winy, thanks for doing this issue with us. What about this project interested you?

Winy Maas: First of all, the medium itself – a magazine. I love magazines and find print architecture publications a really important element for archi tectural discourse and practice. Print magazines are a platform worth defending. There are more online zines than ever, but these are lacking substance and depth. For us, doing a magazine is also an extension of our work as architects. There are ideas that we cannot immediately put into a building. So we put them in magazines, and now in yours.

AG: Do you read magazines yourself?

WM: Endlessly. I also use what I read in my presentations worldwide from Graben-Neudorf to Taiwan. Quotes and quotations are an important intellectual tool today, for science as well as for me. They put things into perspective. We as architects have to be experts in constantly obtaining new perspectives. I take a lot of screenshots when I read and find interesting stuff. I use these as an inspiration for my work and also for my lectures, a cool copy & paste.

AG: Another kind of war room, if you want, is our editorial office, where we are currently preparing, together with you and your team, this guest-curated issue. The overall topic is Germany. Why Germany?

WM: In a way, MVRDV was born in Berlin. Back in 1991, we won the Europan Competition with our project Berlin Voids, essentially a giant puzzle of different apartment types. Today, Germany is highly important for Europe. From a Dutch perspective, our view of Germany is kind of a Calimero effect: We Dutch are like this small duck from comic books, fascinated by the potential power of Germany. And then, I would also call our engagement a post Rudi Carrel thing: We do take this seriously and want to show that there is more to Dutch-German collaboration than that one entertainer. I want to have more dialogue, to create a relationship with Germany. I would love to talk once to Angela Merkel.

AG: Is there a part of Germany you have a particularly strong connection to?

AG: …which is seen by many as a rather lame part of the country…

WM: Maybe, but it is also interesting. Every village there has its own big factory, it’s often a family-driven business. They have a good social network there, with their local football clubs and activities, and they know how to party. Its people move around a great deal in cars when they want to get to places. And it kills the landscape, wi th the highest amount of Traumhäuser in all of Germany. So maybe the Swabians are industrious like the people from Brabant here in The Netherlands. … 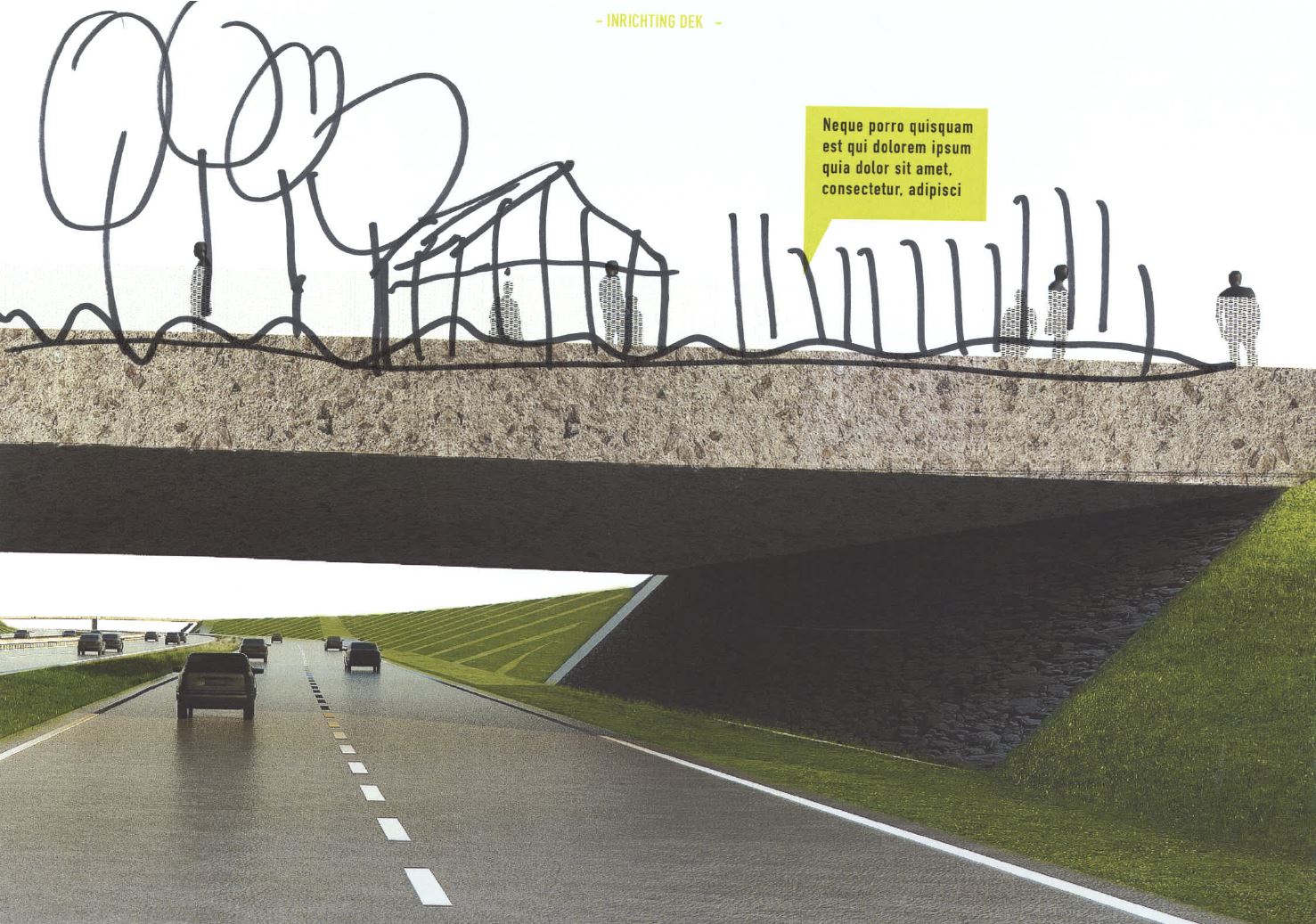 Floriade Almere 2022: expansion of the city centre of Almere 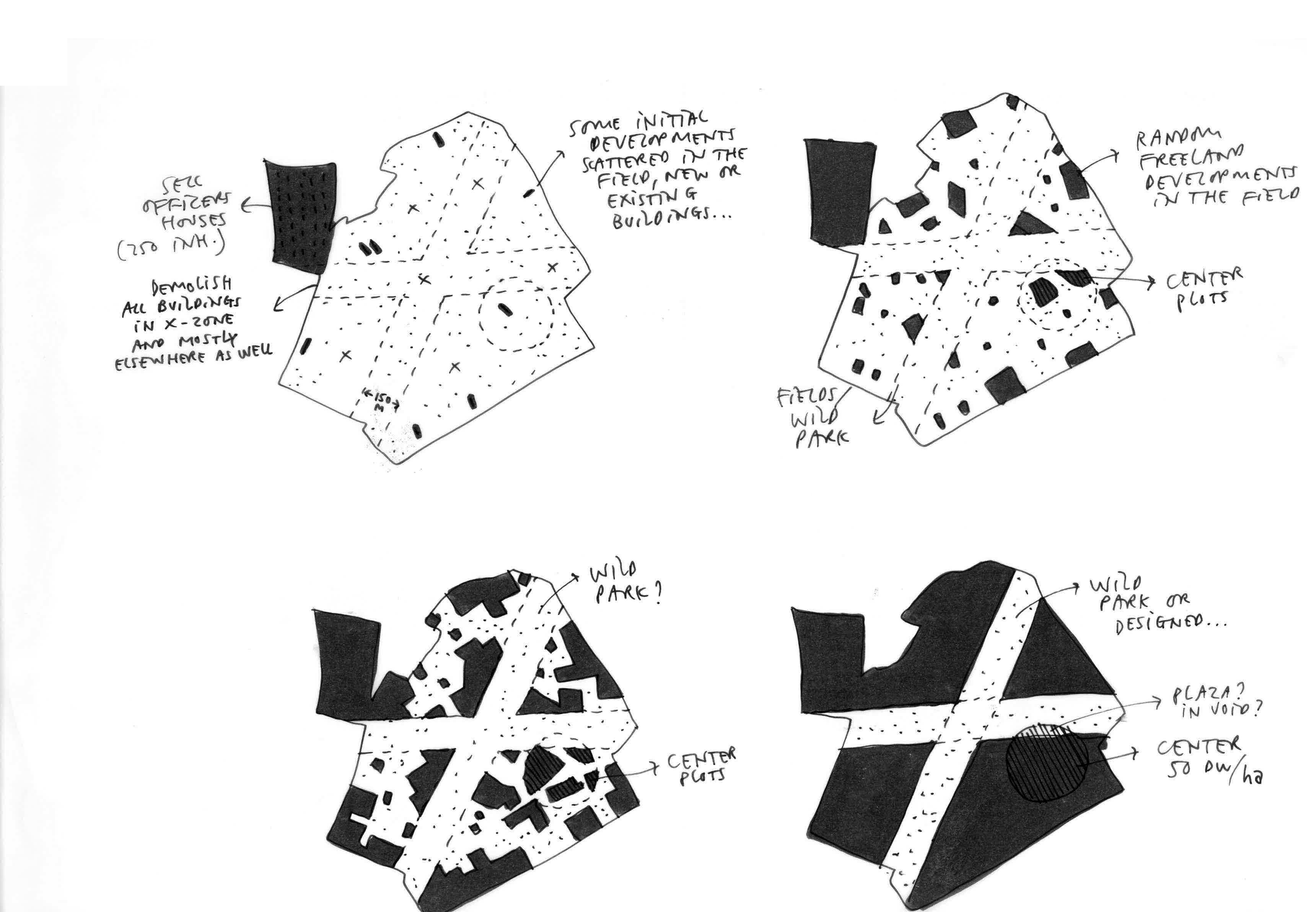