Baumeister B5 curated by David Adjaye

“For me, the world is a collection of ongoing experiences that are being negotiated and maybe that is how I ultimately think about my architecture.“
David Adjaye in an interview with BAUMEISTER.

David Adjaye is one of the most exciting architects of his generation. He designed the Smithsonian National Museum of African American History and Culture in Washington, D.C., which was inaugurated by Barack Obama in 2016, and in 2017 he was on Time Magazine’s list of the world’s 100 most influential people — as the only architect.

In his curated issue of Baumeister, David Adjaye examines how specific climatic, geographical and regional conditions can shape architecture. He gives us an insight into his work, his architectural approach, and his influences — which include places as diverse as Japan, India and Finland. The son of a diplomat who grew up in a number of different locations, he also takes a personal look at his African roots and explores ways in which the topics of home and identity can be defined in a globalised world. 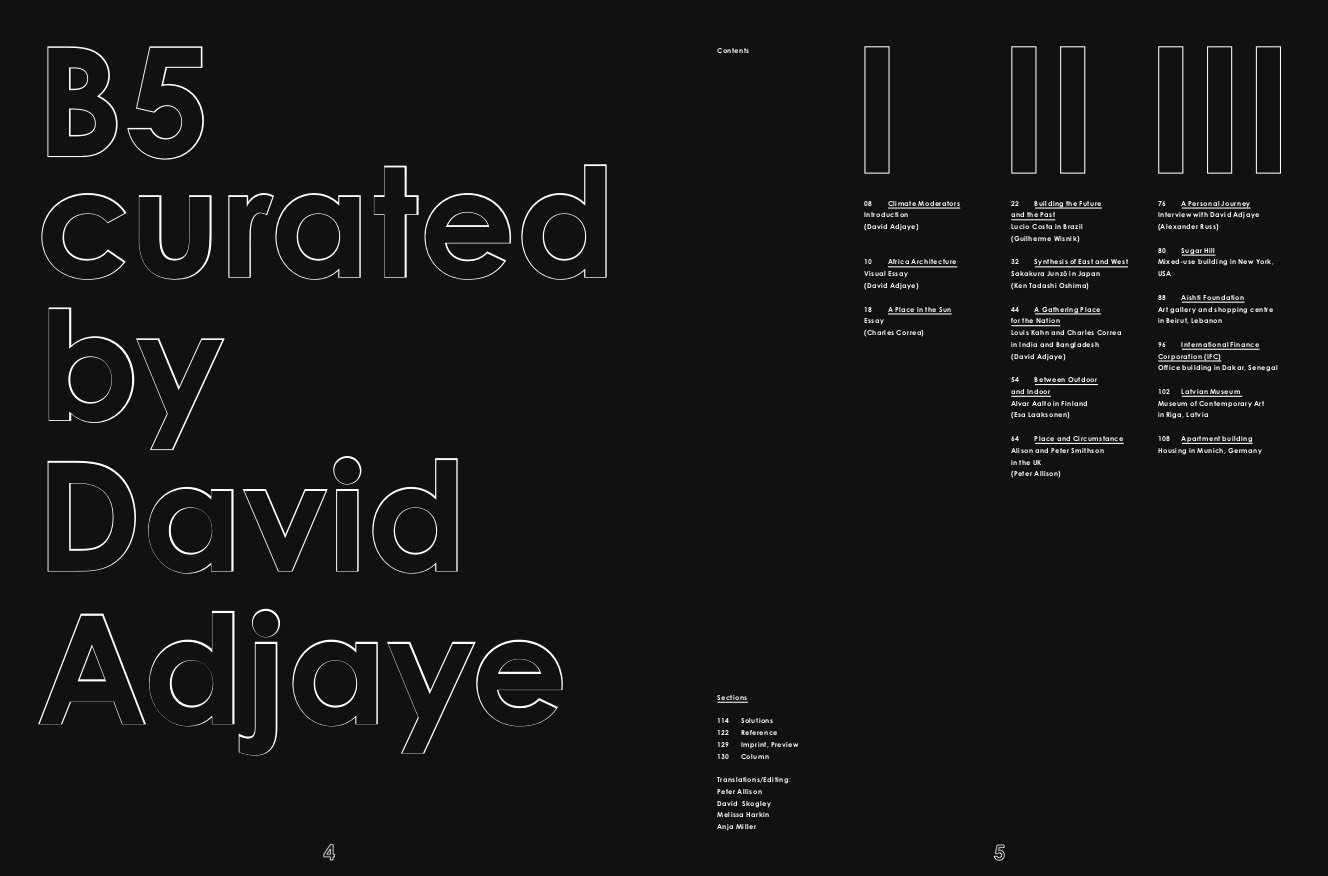 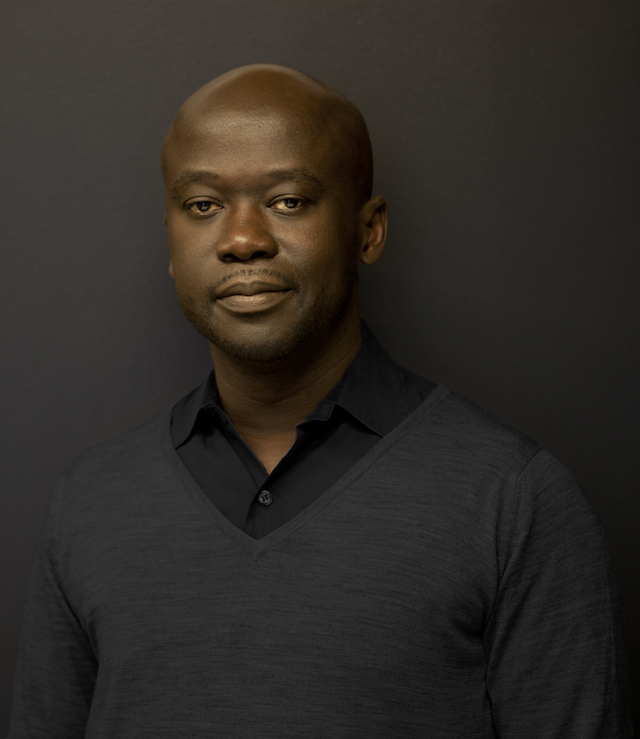 David Adjaye was born in Tanzania. The son of a diplomat, he grew up in a number of different locations before his family settled in London, and it was there that he studied architecture at the Royal College of Art. He founded Adjaye Associates in 2000 and has since completed projects for numerous prestigious buildings, including the Nobel Peace Center in Oslo and the Idea Store in Whitechapel, London.

Adjaye designed the Smithsonian National Museum of African American History and Culture in Washington, D.C., which was inaugurated by Barack Obama in 2016, and in 2017 he was on Time Magazine’s list of the world’s 100 most influential people — as the only architect.

Baumeister:  You just mentioned the relationship of climate and form-making which plays a very important role in this issue. In your essay “Climate Moderators“ (p. 8), you say that you have been aware of the impact of climate on architecture since you were a student. Where does this early interest come from?

David Adjaye: It comes from the experiences of my childhood, realizing the differences involved in visiting a Hindu Ashram in East Africa, a mosque in North Africa or a West African shrine house. I was very aware that several things were in play in each of these places. One was to do with religion and another concerned the climatic conditions. My own experience of these conditions was almost haptic in nature and left me with very powerful memories.

Baumeister:  Did you have teachers at your architectural school that supported this interest in climate and form-making?

David Adjaye: For my MA at the Royal College of Art in London, I was taught by Alison and Peter Smithson (p. 64) for one year, which looking back was the most profound encounter for me. Their influence cannot be underestimated because they helped me become more aware of my underlying tendencies. My interest in cities comes from my childhood and my travels, but also from Alison Smithson’s incredible lectures focussing on how to understand cities and the way they are. Peter Smithson had a special way of talking about built form, and the notion of the “climate moderator“ comes from conversations with him. This phrase had a profound significance for me because it impacts on all aspects of building — from understanding gutters, lintels or shade, through to porches, verandas and thresholds. If you expand it to include global ideas and cultural norms, you can understand how powerful it becomes as a tool of form-making.

Baumeister:  How do you transfer this academic approach into your everyday work as an architect?

David Adjaye: In the Elektra house, which is the first house I ever made, I became obsessed with the way in which London ignores the beautiful northern light you get in the city, and instead concerns itself with facade-making and brickwork. This is why I designed a whole house with a large window, just to take in the light. The house functions as a light and environmental collector, to draw attention to the specifics of the place. Another important theme in this house to concerns the way you move from the public to the private realm. The door is not on the facade, you have to go down a short passage and then you enter discretely into the private realm. In this case, we made a threshold with an English quietness, which doesn’t often happen in the East End of London — because you usually open your front door straight to the street.

The complete interview can be found in Baumeister 05/19, starting on page 76. 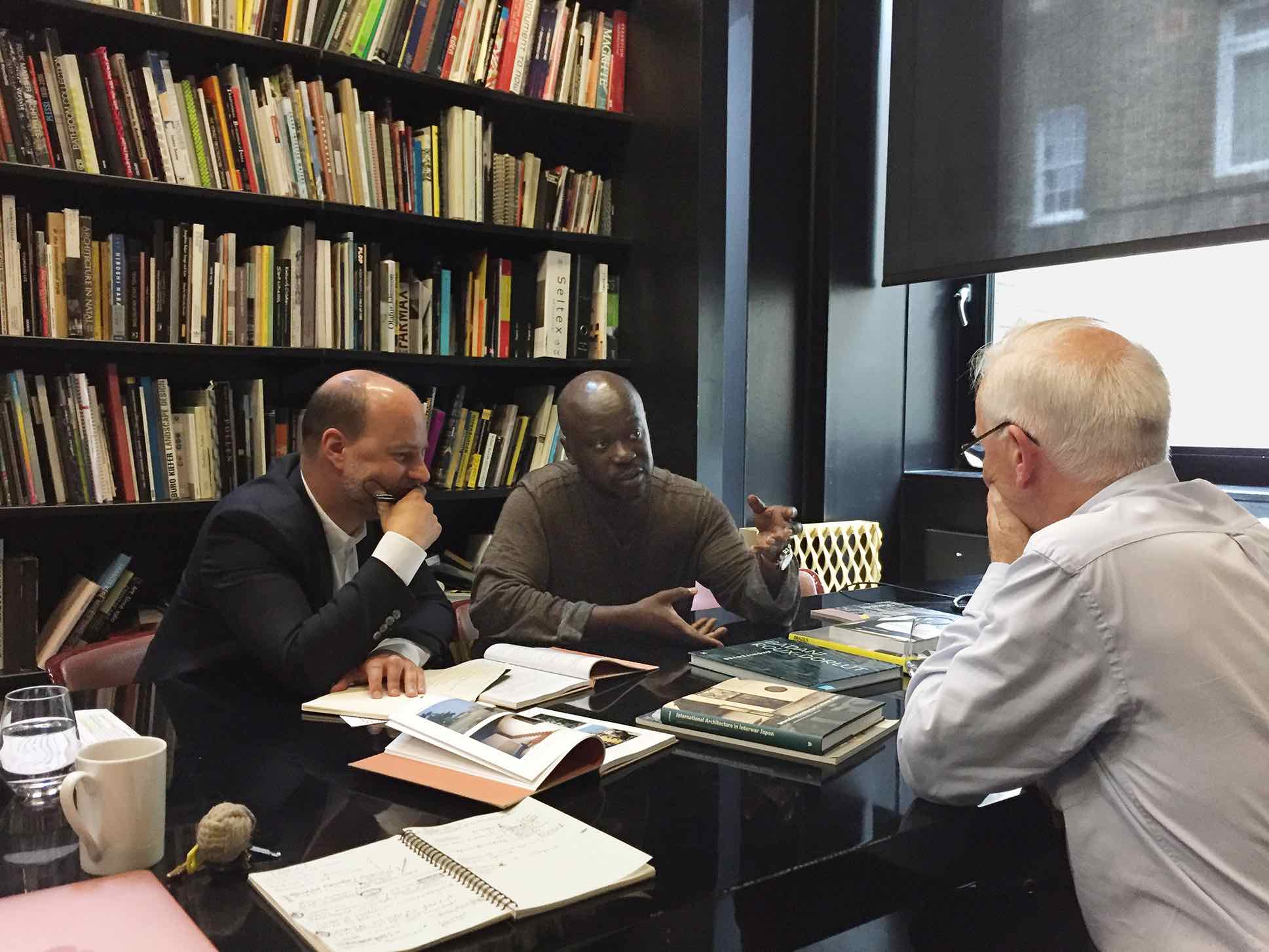 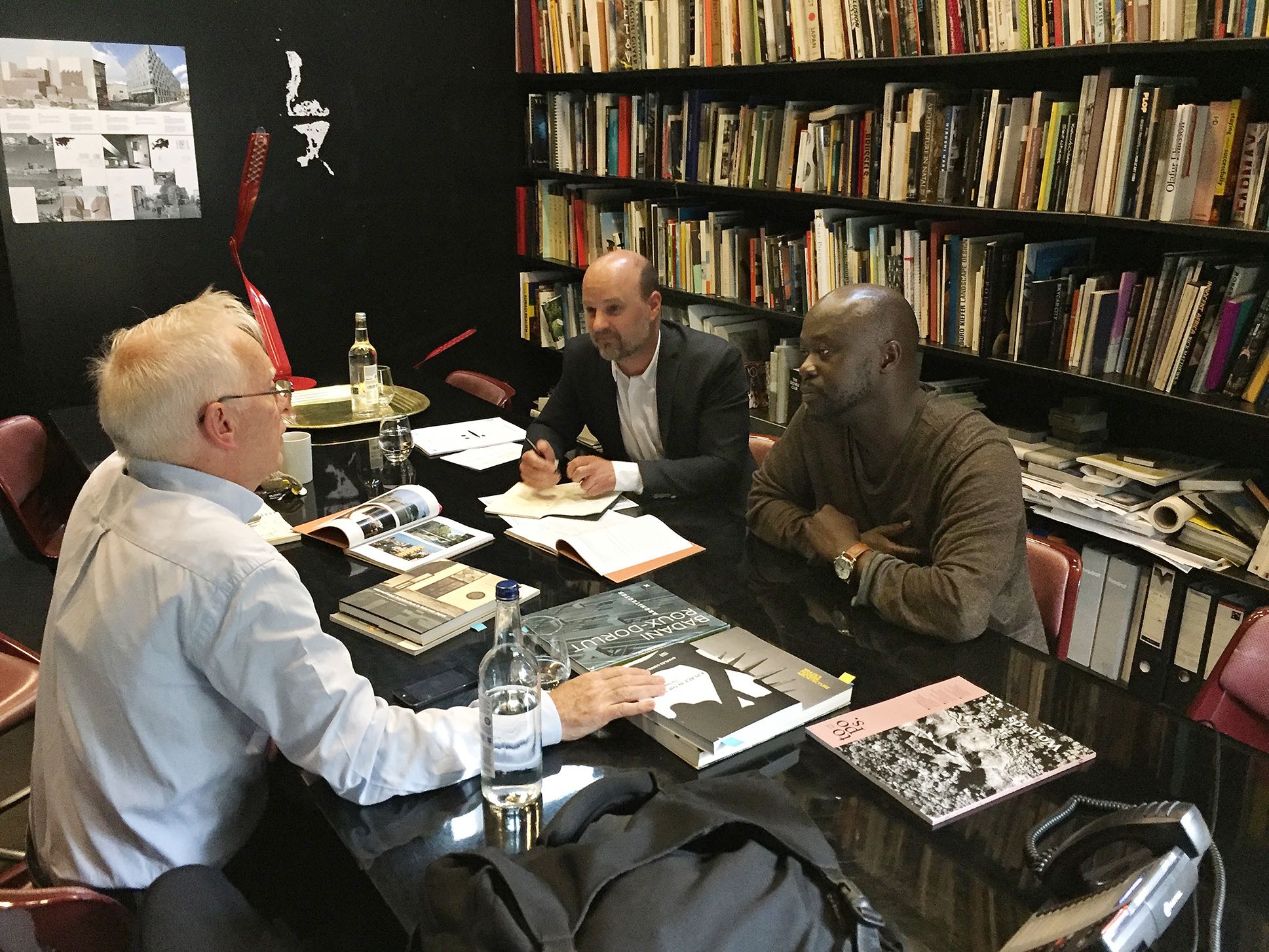 The issue curated by David Adjaye explores, among other topics, how specific climatic, geographical and regional conditions can shape architecture. (Photo: Anna Robinson)