OMA is one of the most renowned architectural offices in the world. The company founded by Rem Koolhaas — with headquarters in Rotterdam and offices in New York, Hong Kong, Beijing, Dubai, Doha and Brisbane — has had an enormous influence on the international architecture scene since the 1980s.

OMA has projects around the world, including the CCTV headquarters in Beijing, the Fondazione Prada in Milan and the Casa da Música in Porto. They also designed the Axel Springer Campus in Berlin, which is currently under construction. In Baumeister magazine alone, OMA’s projects have been published a total of 37 times and have appeared on the cover on six occasions.

We are delighted to have Reinier de Graaf, a long-standing partner at OMA, curating the June edition of Baumeister. In his curated issue, he will examine the relationship between architecture and capital in an attempt to understand its impact. 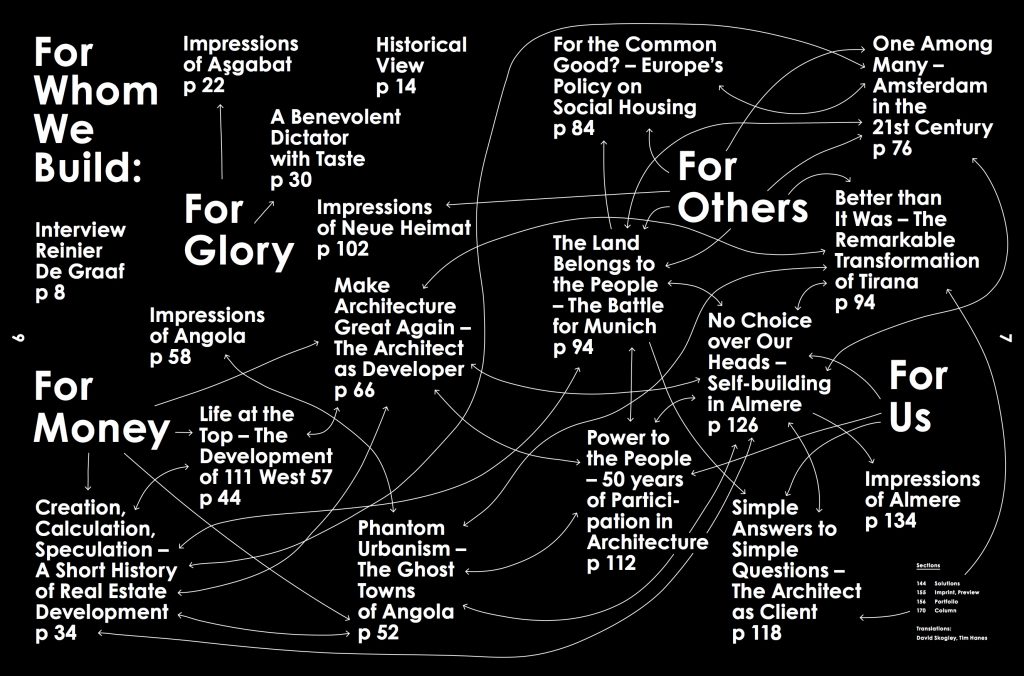 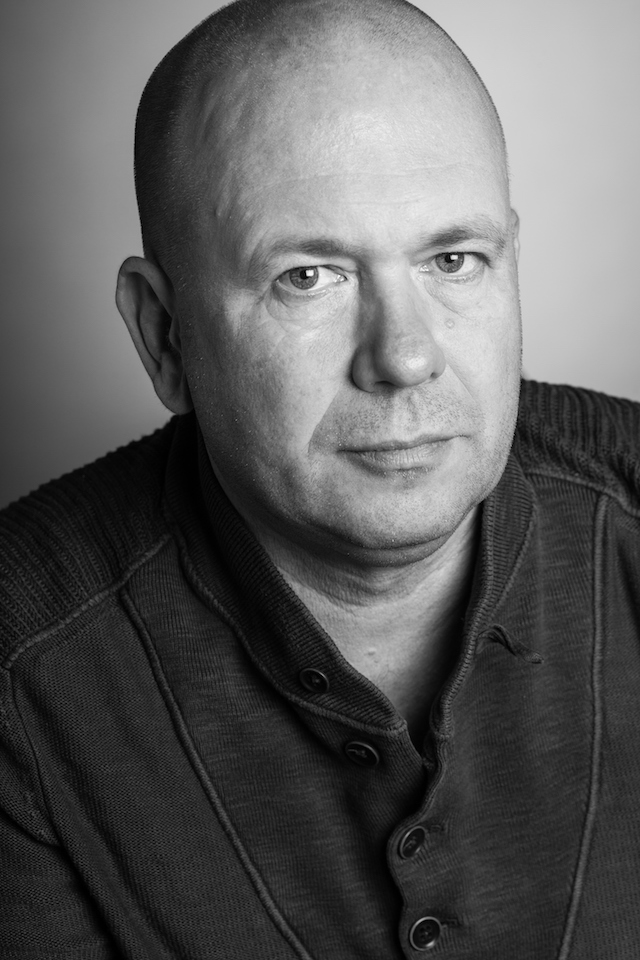 born in 1964 in Schiedam, Netherlands

Reinier de Graaf has been a partner at OMA for many years, where his responsibilities include the Timmerhuis in Rotterdam, the De Rotterdam tower complex, the headquarters of G-Star Raw in Amsterdam and the Norra Tornen residential towers in Stockholm. He is head of OMA’s think tank AMO and has taught at the Strelka Institute for Media, Architecture and Design, the Berlage Institute, the University of Pennsylvania, and the Harvard Graduate School of Design.

He currently holds the Sir Arthur Marshall Visiting Professorship of Urban Design at the University of Cambridge. His book “Four Walls and a Roof: The Complex Nature of a Simple Profession” was included in The Guardian and Financial Times’ lists of best books for architecture in 2017.

Probably the best way to describe OMA partner Reinier de Graaf is to say he is interested in many things, including architecture. This is also apparent in his book Four Walls and a Roof: The Complex Nature of a Simple Profession, in which he discusses the constraints and possibilities of his job. Likewise, this curated edition is not about concrete buildings either, but rather about the external forces influencing architecture. In an interview with the Baumeister editorial team, he explains the issue’s concept and gives an insight into the way OMA works.

Baumeister: When we first met in Rotterdam to discuss the topic of your curated issue we talked a lot about participation. Why are you so interested in it?

Reinier de Graaf: I am interested in the legitimacy of architecture beyond architecture itself. That is also the main reason why I wrote my book (editor’s note: Four Walls and a Roof: The Complex Nature of a Simple Profession). I think that over the last 40 years architecture has fallen victim to an increasing degree of navel gazing, thinking its raison d’être lies exclusively within itself. I am interested in doing the opposite, i.e. in freeing architecture from its hermetic confines. So participation is interesting to me because it very aggressively breaks up the autonomy of an architect.

Baumeister: Participation is very much about the needs of the user. It seems to be difficult nowadays to define those needs, especially in the context of the market economy.

Reinier de Graaf: Over the years important shifts have taken place within the field of architecture: Building for a specific client became building for the welfare state in the 1960s and 1970s, at which point the users were no longer personally known. In the context of the market economy, it is even more extreme: You build for private developers who cater to a taste they think they know, but they don’t. Over time, the dialogue between architect and client has gradually disappeared. I am interested in the topic of participation as a way of restoring this dialogue.

Baumeister: Is this just a theoretical approach or are you able to integrate this in your everyday work as an architect?

Reinier de Graaf: It is a position I take. I am often critical of the context I work in. At the same time, that context is highly instructive. I may not practice what I preach, but, more importantly, I don’t preach what I practice.

Baumeister: Could you give us an example of those contradictions, especially in your work for developers?

Reinier de Graaf: In London we have done a project which combined the restoration of a 1960’s monument (the new home for the Design Museum) with luxury housing in its direct vicinity. This is a project where, essentially, windfall profits made from filthy rich inhabitants help pay for the restoration and thus “subsidize” the existence of the museum. It’s a bit like the financial model in Munich that Christiane Thalgott describes in the interview I did with her in this issue. The project was a neck and neck race of noble and somewhat less noble intentions. I am very ambiguous about it.

The complete interview can be found in Baumeister 06/19, starting on page 8.